The complex was inaugurated in 2011 and includes, in addition to a plaza named after the newspaper Unione Sarda, a residential, commercial and multiplex complex and top-quality office space, occupied by hi-tech companies such as Accenture and Engineering, banks, etc.  The companies belonging to the Unione Sarda Group, with the concessionaire Pbm, Videolina, Radiolina, Unioneonline and unionesarda, also have their headquarters in the office complex. The roofs of the buildings are covered with copper sheets of a characteristic green colour, contributing, with the rainscreens covered with the typical white marble of Orosei, to confer a prestigious character to the architecture of the complex. The buildings were erected using the very best construction methods, both in terms of finishes and energy savings, so that the apartments fall into high-performance energy classes.

It took 17 years to obtain legal permits and build this 44,000 square metre complex on the ashes of the former cement plant. The project has contributed to the redevelopment of one of the most important entrances to the city of Cagliari, with a new road network and a metro stop connecting Santa Gilla with the centre of Cagliari and the outskirts.

The complex specifically consists of 7 buildings, 4 of which are 14 storeys high, for residential, commercial and office use. Two underground floors of car parks, equipped with adequate lighting, fire-fighting systems and natural ventilation, connect the buildings. Direct access to the apartments is guaranteed by two pairs of modern elevators per building, finished with refined taste. The complex is symmetrical, with the central axis perpendicular to the streets S. Gilla (to the north) and the “Via dei Giornalisti” (to the south, along the national railway route), bordered by the roads Cedrino (to the east) and Flumendosa (to the west).

The Planetarium located in the complex is an initiative of the L’Unione Sarda Group, Sardinia’s major multimedia group. The Planetarium was created with the aim of spreading scientific knowledge and opening a window of greater understanding on the universe. 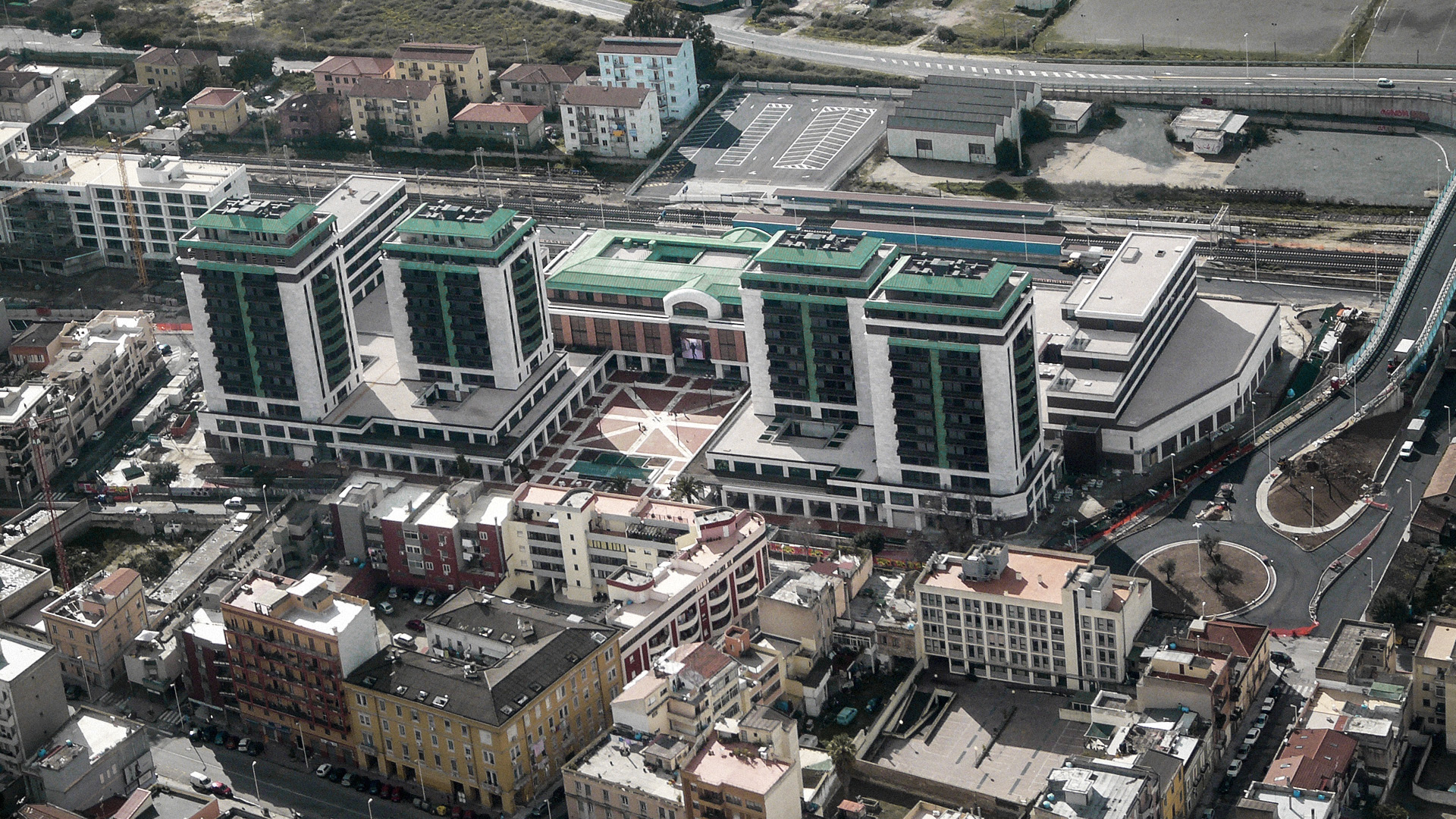 For residential, commercial and office use 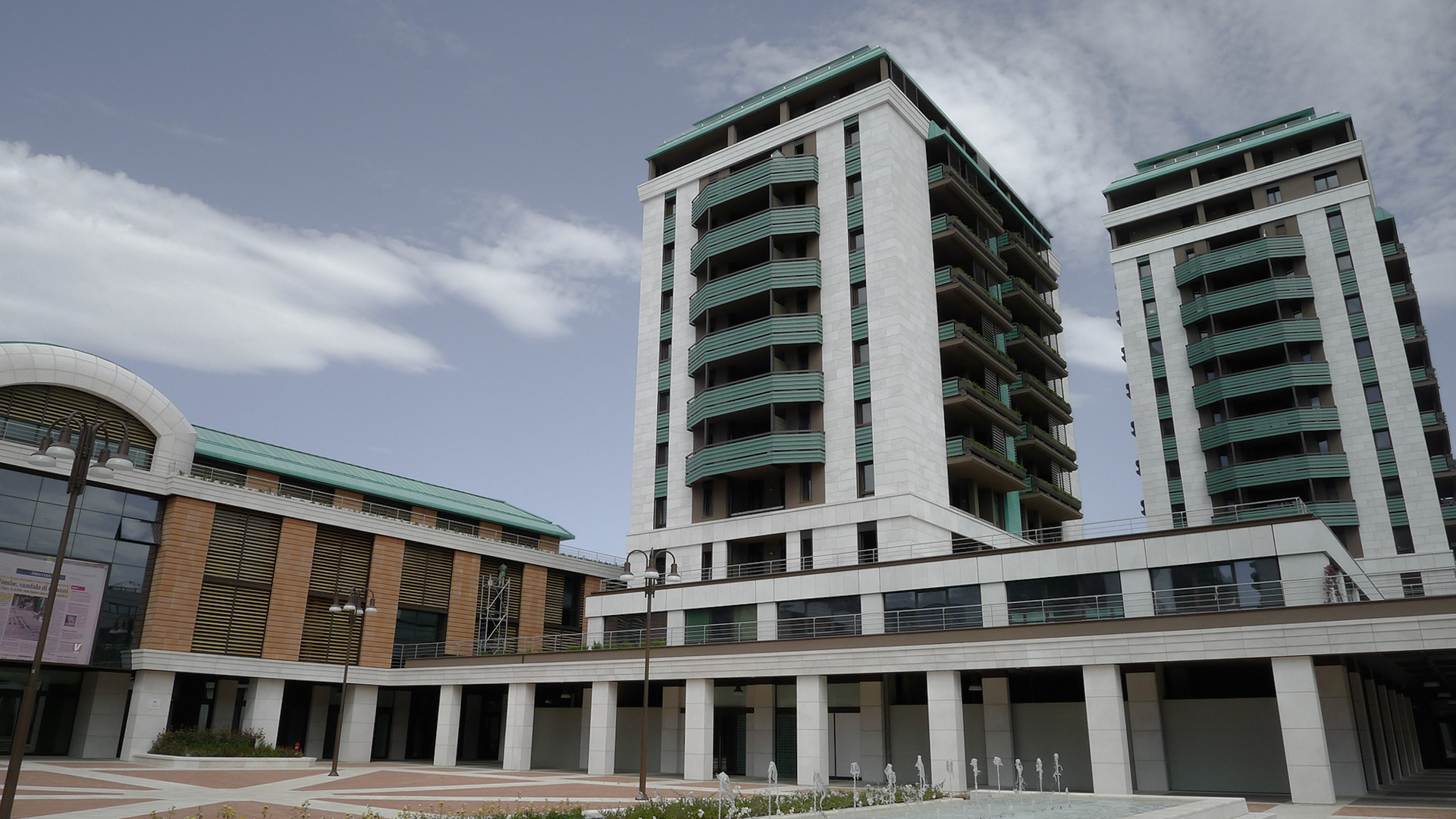 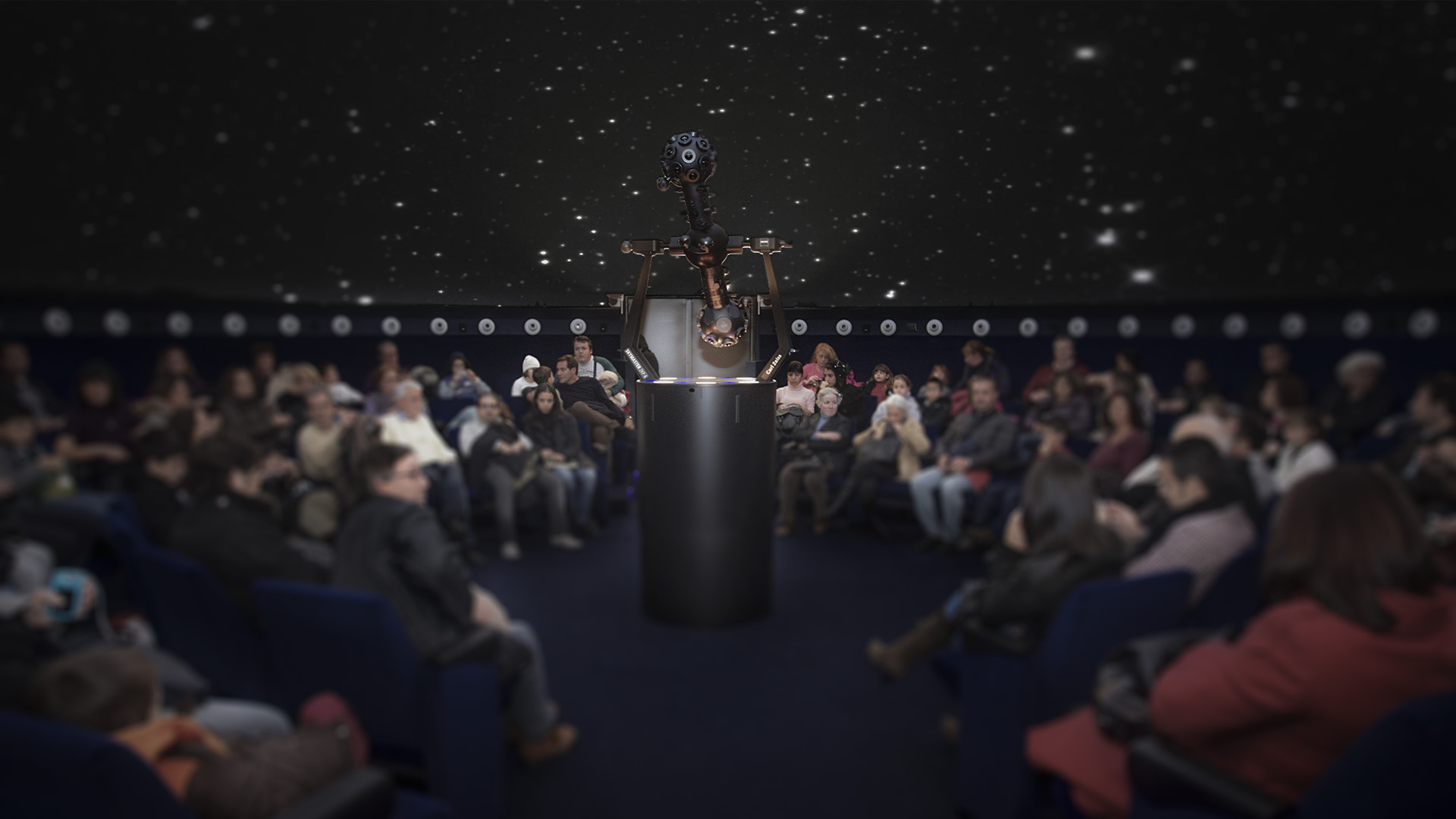 In the Planetarium room
PREV