Located near the entrance to the city, which receives traffic flows from the airport, the State Road 130 and partly from the 131, it borders on the edge of the Santa Gilla wetlands and was inaugurated in 1992, the first shopping centre in Cagliari. The building, a former Montedison industrial plant, was restored and renovated by the late architect Mario Strub, one of the first collaborators of Aga Kan in Costa Smeralda. The shopping centre was presented with the award for the best renovation project by the European Council of Shopping Centres in Seveille in 1993.

In fact, the large existing reinforced concrete pavilion designed by Pierluigi Nervi for Montedison, known for having created concrete works of considerable importance and aesthetic impact, from the Pirelli skyscraper in Milan to the Palazzo del Lavoro in Turin, has been preserved and even enhanced. The centre includes 50 shops on two floors, a plaza with a fountain and benches, an hypermarket and medium-size surface areas such as Brico, McDonald’s and Trony. The spectacle offered by the pink flamingos that rise in flight from the wetland of the lagoon opposite Santa Gilla, makes it particularly appealing. 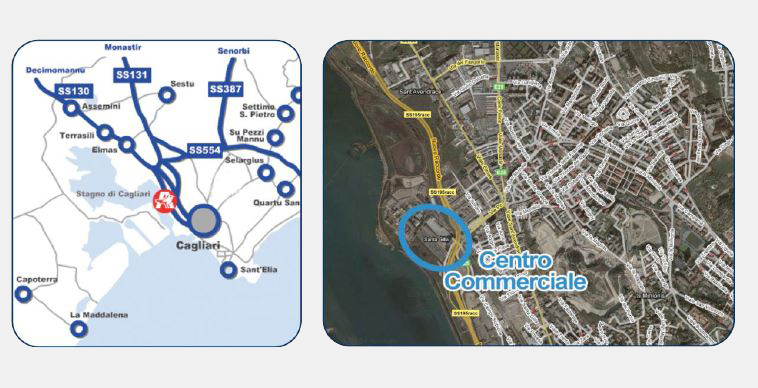 From the centre of Cagliari 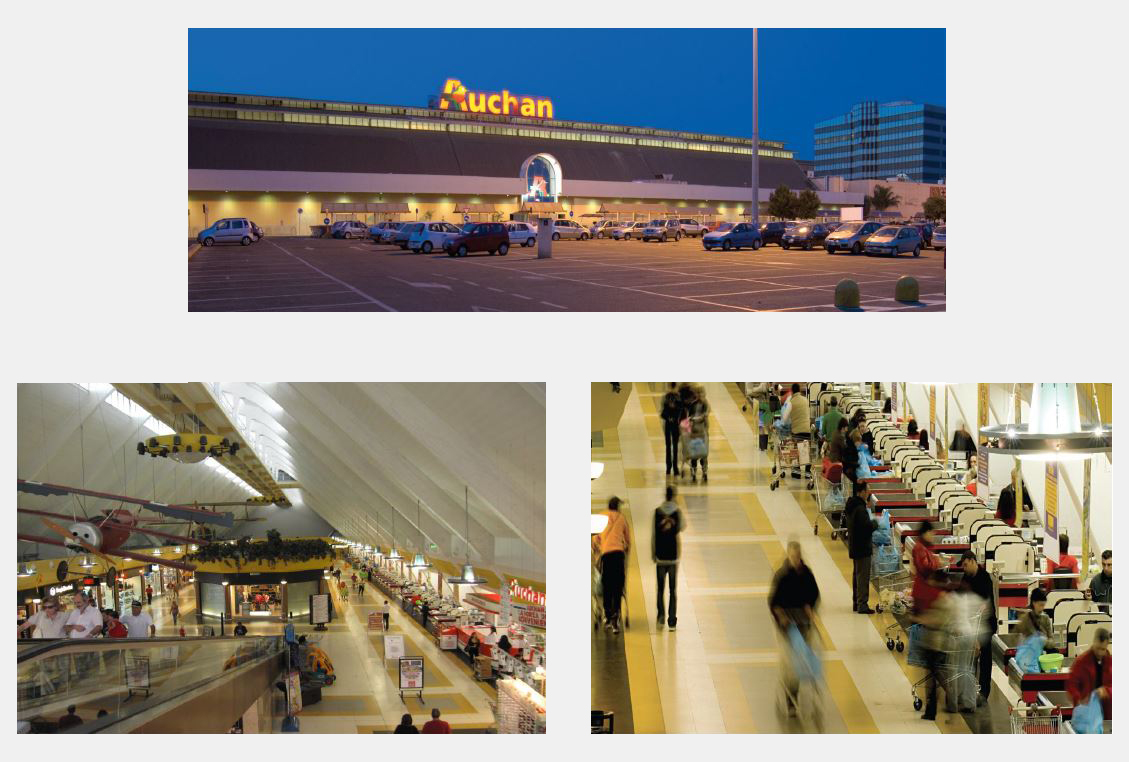 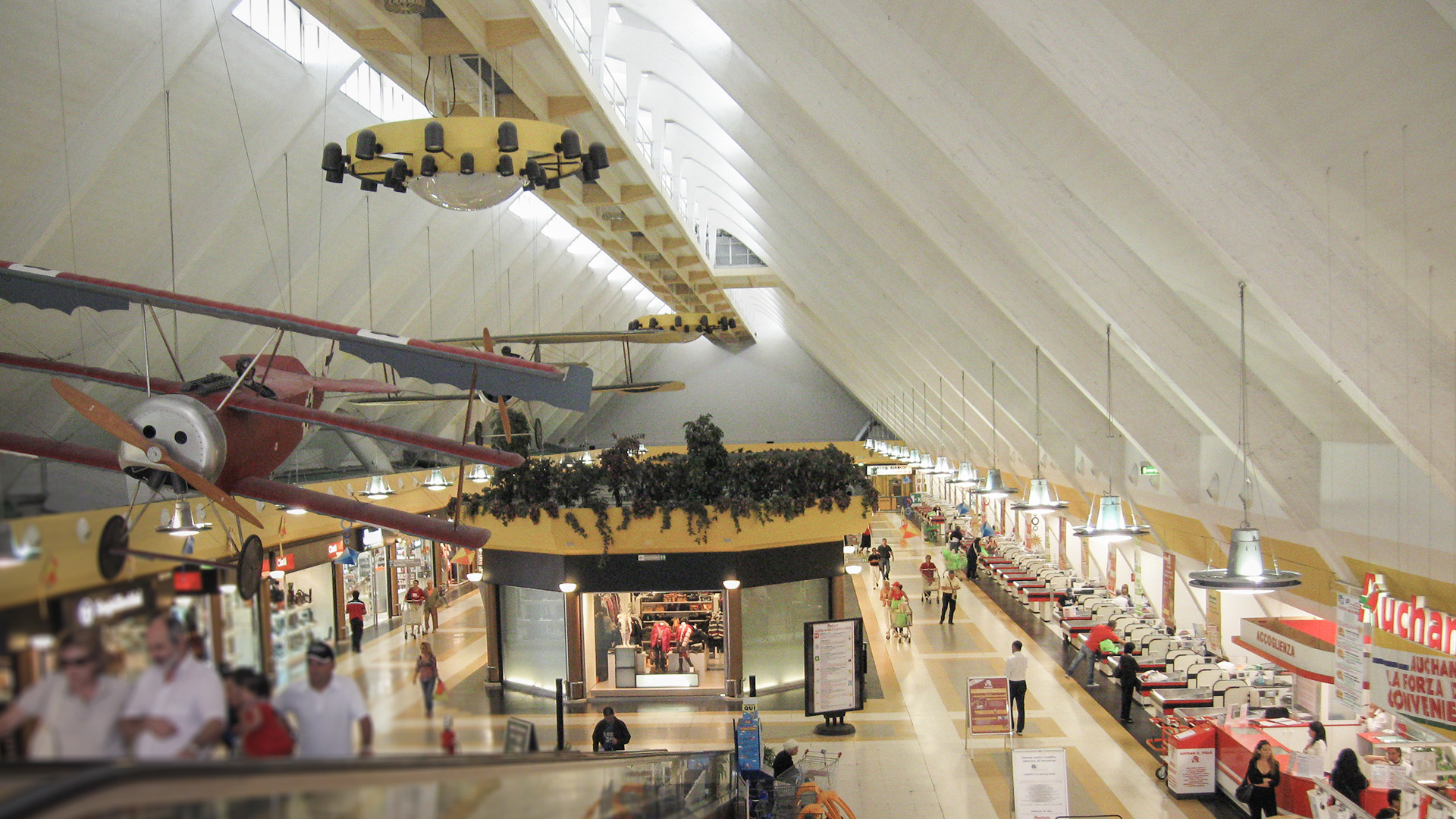 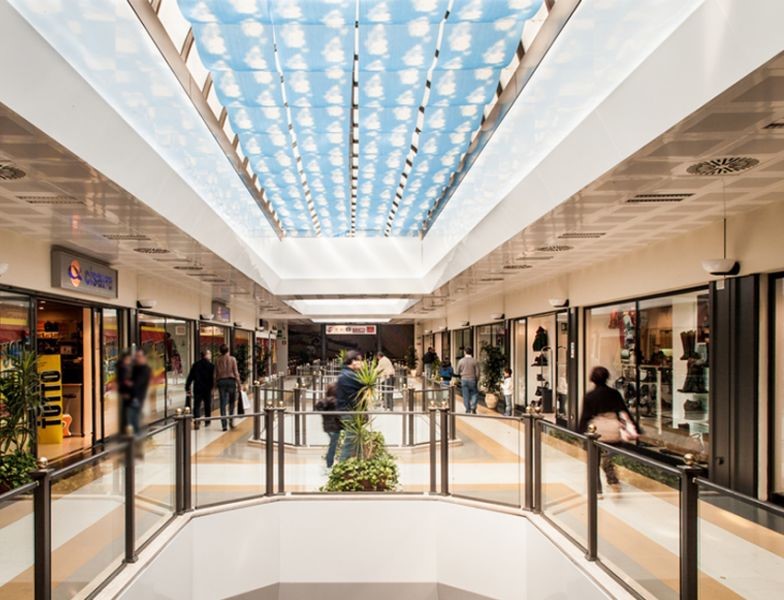 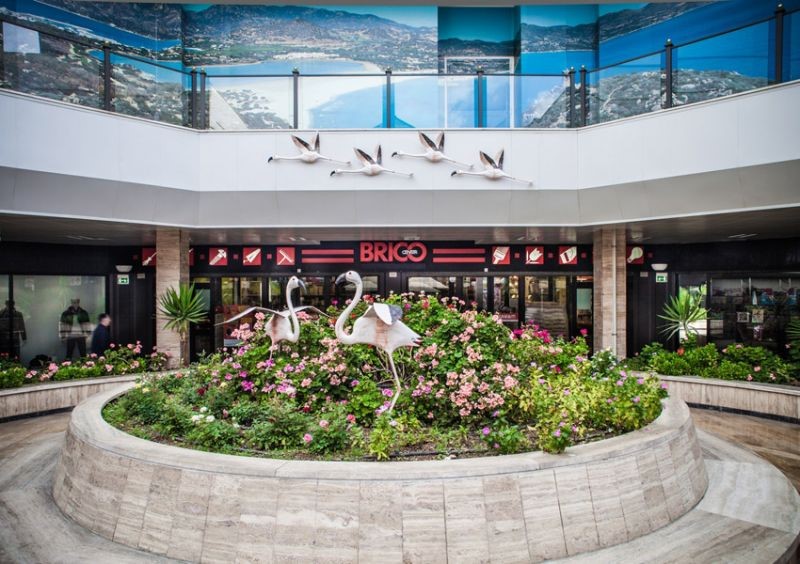