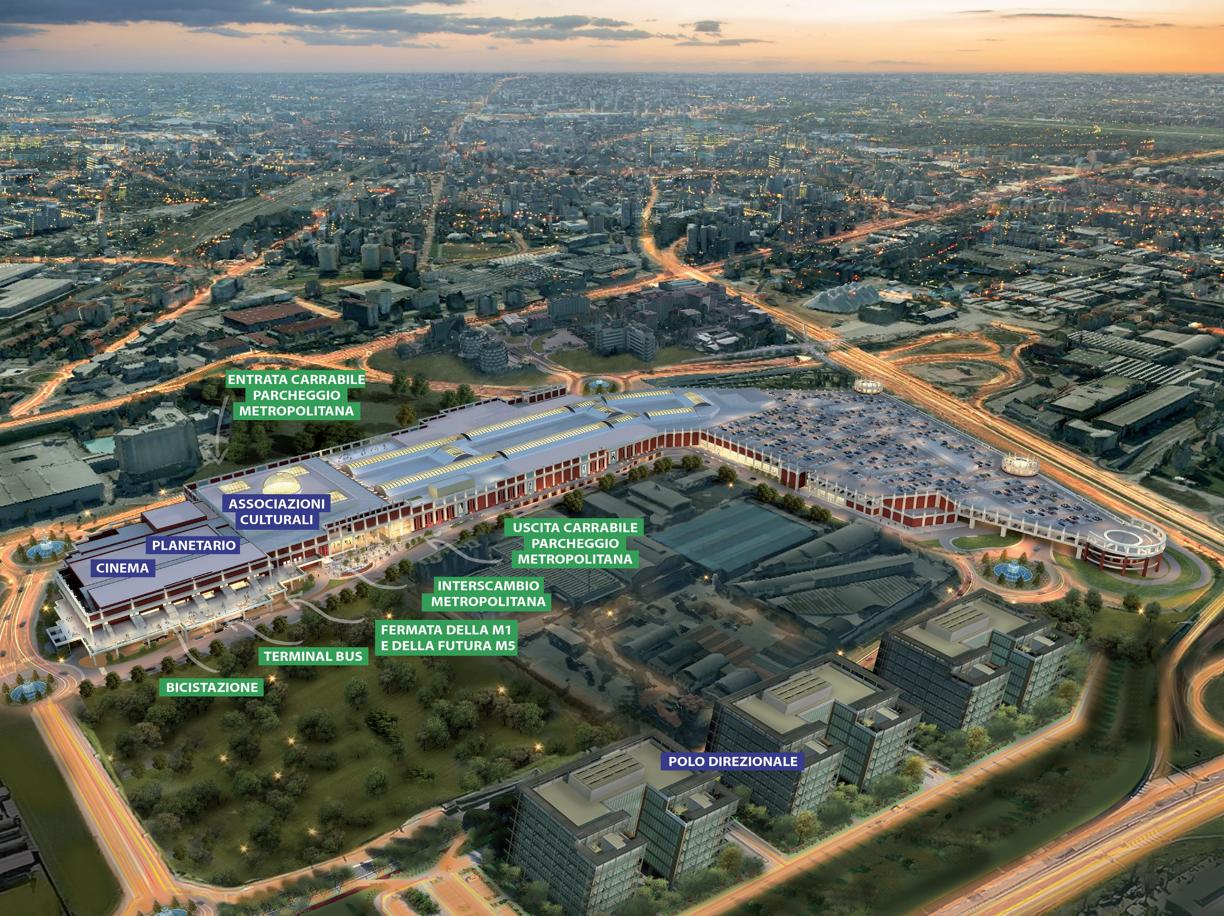 The Bettola integrated development Plan, which has just been presented to the public, does not only involve the Cinisello area but the entire area north of Milan. The Cinisello Hub will be built around the two future metro terminals – the M1 and M5. The project is on display until 22 April in the Il Pertini cultural centre. The urban development, which includes commercial, office, entertainment and service areas and will require about two years to complete, is the result of collaboration between the public and private sectors. With the Cinisello Balsamo administration, the Municipalities of Milan and Monza, the Region, the Metropolitan City, MM spa and motorway operators. The value of the public works is around 70 million euros, with over 10 million allotted for construction costs. “It is – explains the mayor of Cinisello, Siria Trezzi – a unique opportunity to redevelop and revitalize an area which is strategic for the whole of North Milan. This will be one of the fulcrums of the mobility network of our region, the new strategic interchange junction for the M1 and M5 lines, integrated with public road transport lines, a bicycle network, a parking lot for cars, which will also create over 1,000 new jobs in our area. Sergio Zuncheddu, president of Immobiliare Europa spa and promoter of the development project together with the Auchan group, goes on to say: “We will create a latest-generation multifunctional complex, among the largest and most modern in Europe”. The strong point will be the “Red” and “Lilac” terminal transport interchange, with 2,500 parking spaces, a new public square, an 18-line bus station and a bicycle station with bicycle workshop and a parking lot for 1,500 bicycles. The hub will feature a total of 7,500 parking spaces. The shopping centre complex will include cafés, restaurants, cultural and leisure activities, a multiplex cinema and a planetarium. Next to it will be a business centre covering over 34,000 square metres. A portion of 1.3 million resources derived from the project will be allocated to support trade in the neighbourhood. More than 16 million will be used to acquire private areas of the Grugnotorto Park, which will be linked to the Hub by a 4.5 km cycle path. A further 3 million will go to the redevelopment of Piazza Gramsci and Piazza Italia.

Next stop “Cinisello Hub”: the metro in the outskirts of Monza will reach the citadel of the future.