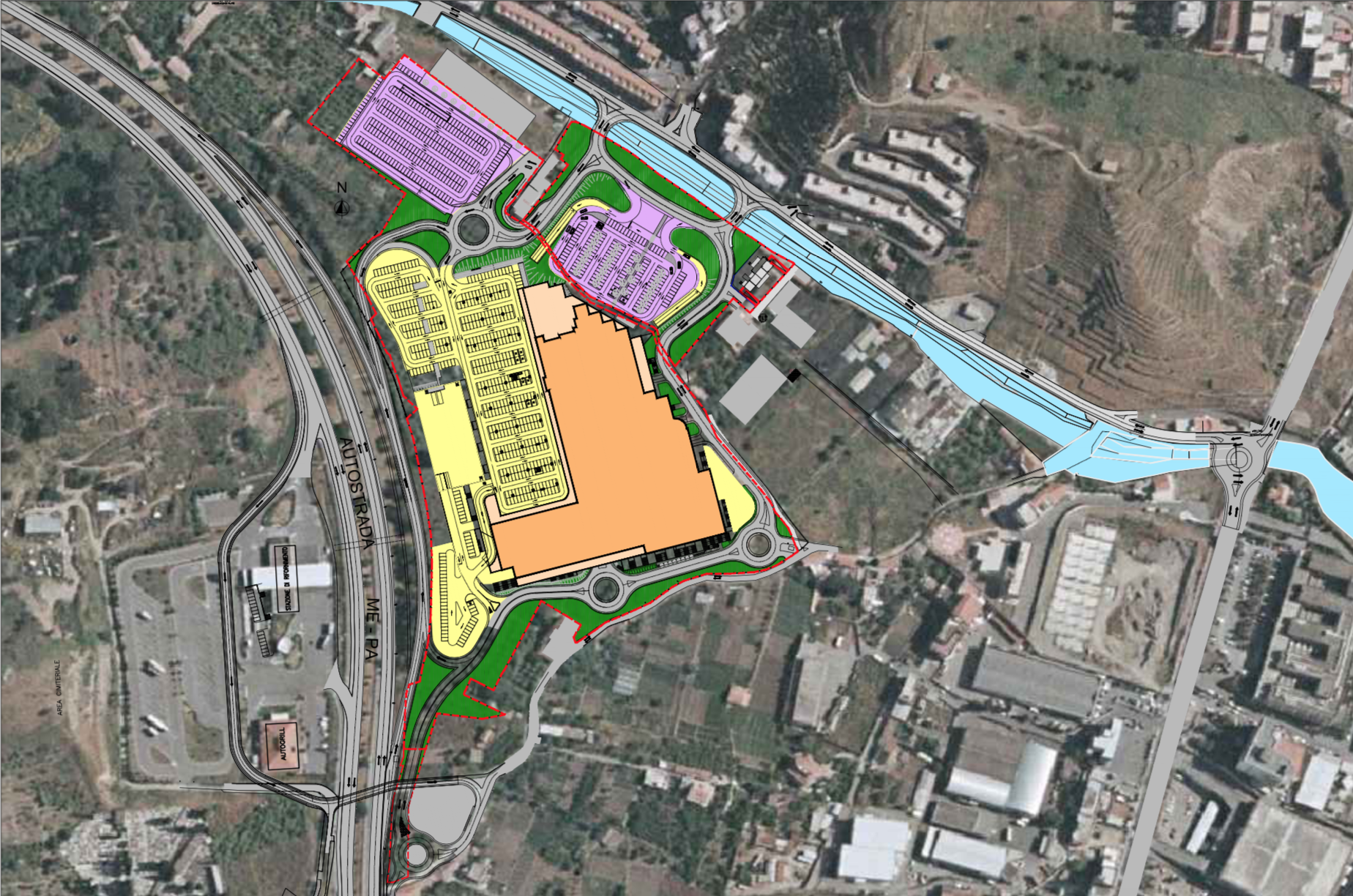 One of the most discussed projects in recent years is back in the limelight: the construction of a mega shopping centre in the Zafferia river valley. In the next few days, as announced by the Councillor for Town Planning, Sergio De Cola, a public meeting will be held in the Flag Hall to illustrate to the city the design lines of a project which will inevitably have a strong impact on the entire southern area. We are now at the final sprint. The company – Iniziative commerciali – is only waiting for the licence to be issued, after having also obtained the opinion on the environmental impact assessment from the Sicilian Region. It is not only a matter of the construction of a hypermarket, but of a real roadway revolution which will affect the Zafferia river and all links with other towns and, in particular, with the very busy State Road 114. The company will, in fact, also build a real motorway junction, that of Zafferia, between Tremestieri and San Filippo, as well as two roundabouts planned at the intersections between the Via Adolfo Celi and the roads up to Zafferia and Larderia. Another roundabout will be located at the exit of the ring-road so as to connect the two towns on either side of the valley.